Not to be a complainypants, but getting these kids to do anything is hard. As Mr. December put it, we’re fighting them for a few hours to get very low-quality work. We need to raise our standards, he said. To be fair, my philosophy of lowering our standards doesn’t seem to have done anyone any favours.

There are some days when it feels like our children are feral and will forever chew with their mouths open, leave wet towels on the floor, and be unable to generate written work. Then there are other days when it feels like our children might be making some kind of progress, or at least turning into rather decent human beings. Today was one such day.

E has been resistant to doing anything called “school”, “work”, or “learning” (which is sad, when it’s a 5-year-old we’re talking about; is she just copying her siblings?) So today I just sat on the couch with a book with colourful illustrations that touches on numerous subjects. I flipped through the pages as she wandered past.

“Hey, wait!” She said, pointing to a drawing of the Great Pyramids, “That’s Egypt. Can we read that?” So we did. Then we read about Africa, lions, deserts, Australia, and the north and south poles, in that order. Eventually I had to go light a fire under my other kids, so I told E to bookmark the page she wants to read next. As I went up the stairs to R’s room, I saw that E was sitting in the same spot, studying the book intently. She stayed that way for at least 20 minutes. 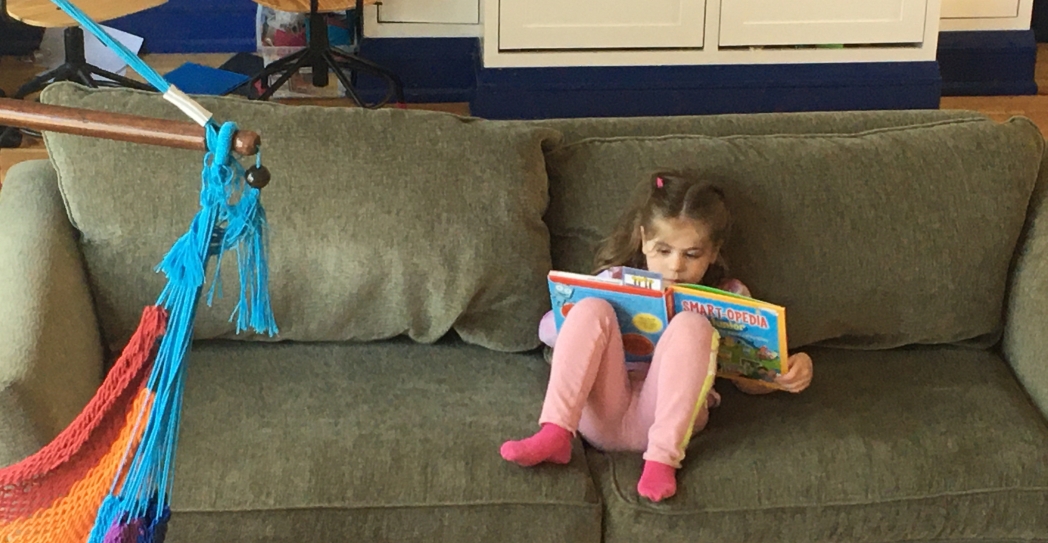 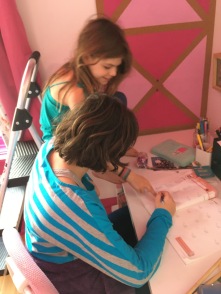 In the meantime, R was thrashing and screaming about how she couldn’t do her multiplication work. I refused to engage while she was yelling at me and trying to kick my shins, and I walked out. On my way out of R’s room, I passed K who immediately went in and offered to help R with her work. I can’t tell if she made the offer because she knows what it feels like to be so frustrated, or because she needed some quiet. Either way, K was very patient and nurturing, which was a refreshing change from her usual yelling at her siblings to shut up. 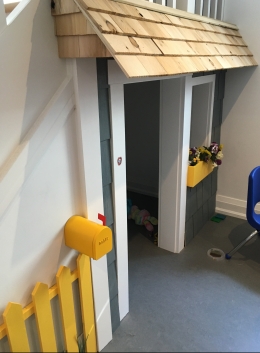 This relative peace and quiet meant that I could finish one of my many unfinished projects. We completed the façade of E’s playhouse under the stairs in November; the mailbox was spray-painted by the end of February. I finally installed it today. Technically the house still needs a house number and a front porch light, but I think I’m going to call it done. Ta-da!

Meanwhile on Facebook, a friend commented that she read yesterday’s blog post and can relate to a lot of what I said; she’s not forcing her kids to do anything explicitly school-related, and they are following their passions (writing and chess, respectively.) That’s awesome. I love hearing that kind of thing, because it gives me a bit of hope. Right now my kids don’t seem to have any passionate interests (unless Spotify, Minecraft, and whining count.) Hopefully they’ll develop some; I think they’d have a real chance if they spent less of their time arguing about schoolwork, thus freeing up several hours each day.

In the meantime I’ll just be over here, stealthily taking pictures of the fleeting moments when it feels like maybe our kids won’t act feral forever.

One thought on “Day 52: Small victories”