We’re getting so tired of the usual meals. Mr. December is agitating for an “experimental” dinner once a week (I talked him down to biweekly.) I’m feeling stuck because I’ve been trying to do more vegetarian stuff, but often meat is just so much easier (and quicker,) not to mention the fact that a plain piece of grilled meat is about as Weight-Watchers friendly as it gets. What’s the issue? If you’ve ever bought kosher meat (and inwardly compared it to the price of non-kosher meat) you’d understand. If you never have, let me just say: double price, if not more.

But I’ve been instructed by Mr. December not to worry about that while I’m trying so hard to lose weight, so our meal plans might be a bit more meat-heavy for a while.

Monday – (Mr. December isn’t home until late, and I can eat salad later, so…) Pancakes with strawberries and oranges 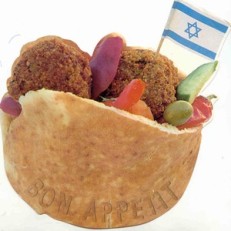 Hm. Not too bad, plenty of things we haven’t had in a while. What haven’t you made in a while (that you really love)? What are you eating this week?

Still not sure what you’re making for dinner? Get inspired by the other posters at Organizing Junkie’s Menu Plan Monday.

4 thoughts on “Menu Plan Monday – “Out of the rut” edition”